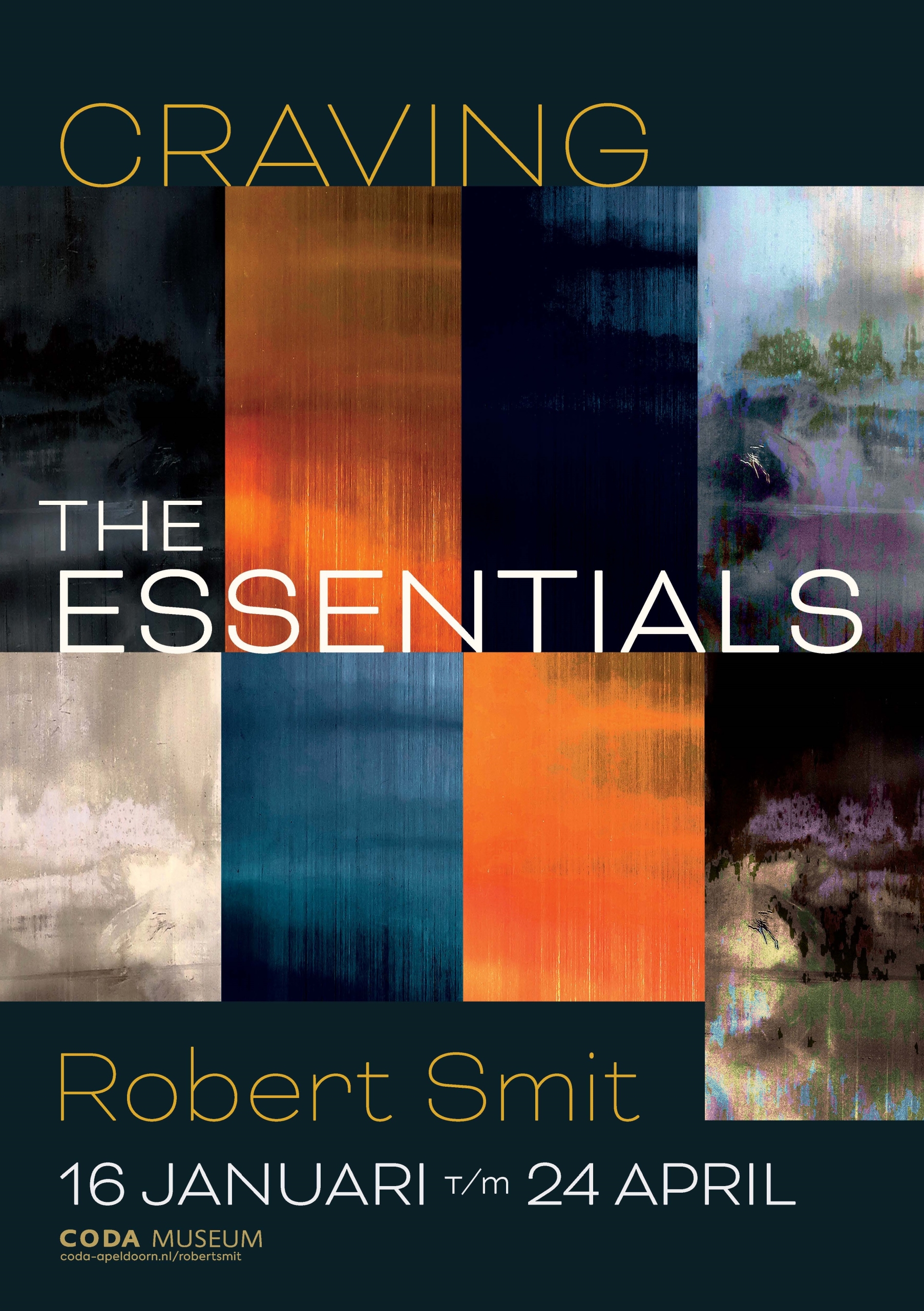 With the exhibition Craving the Essentials, staged from 16 January to 24 April 2022, CODA presents an overview of the rich and varied oeuvre of visual artist Robert Smit. Although he mainly gained fame as a jewellery maker, this exhibition shows the wide range of his oeuvre and his development as a visual artist. Craving the Essentials combines his photography, drawings and recent digital prints with jewellery from museological and private collections from the Netherlands and abroad. The exhibition also includes works by Robert Smit that CODA acquired over the past decades.

The work of Robert Smit (1941) occupies a unique position and is averse to trends, hypes and dogmas. The main characteristic of his oeuvre and development is undoubtedly the way Smit continuously explores and questions his own method. Smit trains as an instrument maker but soon specialises in jewellery making. In the early 1970s, he turns away from jewellery, however. He sees jewellery as visual art and does not agree with the general view on jewellery at the time, which solely focusses on the artisanal aspect or the design of jewellery. He sells his goldsmithing tools and decides to focus on drawing and painting. During this period, he makes Towards the Liberation of Drawings, a series of ten exhibitions that chart his search for the meaning, significance and context of drawing. When he eventually returns to jewellery making, this period will prove to have had great influence on his development. Drawing always remains a source of making, remaking and reproducing for Smit.

In 1985, Smit decides that his exploration of drawing is completed and that there is nothing more to add. This conclusion gives him the freedom to refocus on jewellery. His comeback, marked by the exhibition Ornamentum Humanum at Galerie Ra in Amsterdam, causes great controversy. Smit’s exuberant gold jewellery clashes with the geometric and austere style that is in vogue at the time. During this period, precious metal smiths and artists revolt against the notion that jewellery should be appreciated based on material, rather than on actual design. Gold as a material is abandoned, and there is a growing aversion to a product that has investment value. Gijs Bakker, one of the leading designers of that period, calls Smit’s use of gold a return to jewellery as a status symbol, and therefore regression. Smit is not impressed and uses gold as it has never been used before: he curls it, scratches it, flattens it and prints on it.

About Robert Smit
Robert Smit trained as an instrument maker, after which he began working as a goldsmith. Thanks to visual artist Jan Schoonhoven, he becomes interested in jewellery and artistry. He decides to attend the renowned Pforzheim college, where he is taught by Klaus Ullrich (1927-1998) and eventually graduates with honours. Smit’s early jewellery works is characterised by a unique visual language, with his sculptural and abstract works reflecting his preference for texture and erosion of and on surfaces. Gold quickly acquires a crucial role in Smit’s work, and the influence of prominent visual artists of that period, like Lucio Fontana (1899-1968), can be traced in his pierced jewellery made of gold and Perspex. As opposed to many traditional goldsmiths, Smit uses the material in an expressive and pictorial manner.

Craving the Essentials is staged in CODA Museum from 16 January to 24 April. During the same period, the work of Arno Kramer is shown in the exhibition In Time. Both exhibitions reflect CODA’s focus on drawing and drawings, which is also exemplified by the annual Big Draw festival and exhibitions like Private Confessions, which brought together the drawings of 36 visual artists.

Note to the editors | not to be published:
For additional information, please contact Eva Schaap (e.schaap@coda-apeldoorn.nl and +31 (0)55-5268511)